Age of Empires Series Wiki
Register
Don't have an account?
Sign In
Advertisement
in: Age of Empires III, Infantry, Outlaws,
and 3 more

The Wokou Pirate is an East Asian outlaw in Age of Empires III: The Asian Dynasties. It is available on the Borneo and Indochina maps.

The Wokou Pirate is an outlaw unit armed with a sword, similar to the Pirate. It requires less population than most outlaws, but also costs a lot of Coin. Though not as strong against cavalry as Pikemen or other Hand Infantry units, it has a unique bonus against Villagers, making them neat for harassing an enemy's economy.

Like other outlaws, Wokou Pirates are best utilized in the Commerce Age, their use diminished as the game progresses. Their anti-villager bonus provide a unique niche among other Hand Infantry, but are less cost-efficient raiders than cavalry.

3.0
The Smuggler is a treasure guardian with high hit points but relatively low melee damage. He can be dealt easily using artillery or anti-infantry units, but can be quite hard to beat in melee combat, so in early game, it is recommended to convert or snipe as many Smugglers as possible. 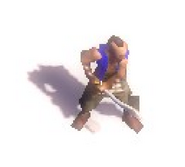 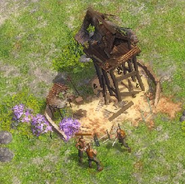