Produces and develops upgrades for soldiers

1200
The War Academy is a building that can only be built by Chinese in Age of Mythology: Tale of the Dragon. It trains basic military units and technologies for Chinese. 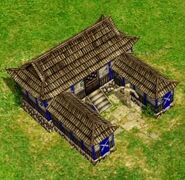 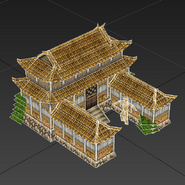 Render of the War Academy in 3dsMax.
Add a photo to this gallery

Retrieved from "https://ageofempires.fandom.com/wiki/War_Academy_(Age_of_Mythology)?oldid=277393"
Community content is available under CC-BY-SA unless otherwise noted.