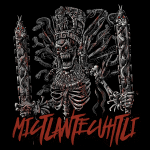 Just to let you know, when adding HC cards to units, please only add cards that directly affects the unit/building, not the unit(s)/building(s) trained/constructed by the affected unit/building. Doing so would make things quite confusing IMO.

And one last thing: please, if you want to change something, discuss it with the others first. I don't want the mess about the AoE3 Galleon editing to happen again. If I'm a moderator here, like I were in Mental Omega APYR Wiki, I would have warned or banned you for your incompetence. Nikitazero (talk) 16:36, February 13, 2019 (UTC)

Nikitazero, thats disgusting of you to say that. I haven't been in this wiki in a some time but its hyprocritical that you are telling an admin of this wiki, around since Dunbanner's time that they are incompetent and warning them. I noticed you added major changes to this wiki, and for some of them you added little to no improvement.  Who gave you permission to change all of Boazmoerman's icons for buildings and units in AOE III? And why did you replace my icon Daimyo Kiyosama and Masamune, there was barely a difference in the image quality.

You are clearly doing hundreds of edits in this wiki over pages in a very short span of time, and while I understand your appreciation for detail. Some of your edits are in my opinion, useless. For one, why are you adding images of Ages to the home city shipment cards to certain unit and mercenary cards, what benefit does that bring? Secondly, you removed the in game dialougue for units like Jat Lancer, Arsonist, Yojimbo and Ronin, and even though they speak their civilization's languages, you redirected to the Indian and Japanese language page. I added those sections and who gave you authority to do that.

Thirdly, you replace other user's images with one of your own. Like on the Fort page, why are you replacing Wildoneshelper's images of home city cards with yours? There is no significant resolution difference, and you have been doing that with Nick3069's icons too. I initially thought your edits were good, but now I don't agree as much. Radhe Mohan 04:55, February 14, 2019 (UTC)

I don't know about him changing icons, etc. Though I still have not received a legitimate source for him applying AoE2 mechanics to AoE3. I have been gone too long to start acting uppity, I deferred to Narve, and MasterBroccoli on the matter. If I don't get proto file confirmation of the training time numbers I will change the cards, etc back to 40%, 25%, etc. TheRealMictlantecuhtli (talk) 06:14, February 14, 2019 (UTC)

Sorry about what I've just said, I'm just annoyed when others do not appreciate my hard work. I wonder whether most people have differing standards about a wiki's appearance, while I prefer to keep it simple, yet detailed enough to inform the readers. Perhaps I didn't stress it enough; the images are not as detailed as the in-game ones, and changing the images are actually quite trivial, but some perhaps take it seriously in this case. To me it looks like that you and RadheMohan do not appreciate my effort at all. And about the training time, again, I'm stressing that it's the common calculation about speed-based rates. Still, I'm ready for any consequences that could happen for my actions. Nikitazero (talk) 06:40, February 14, 2019 (UTC)

AoE3 is not AoE2, and in your video go to timestamp 8:06, he even says depending on who did the math 40% could be 40%. You're assuming the bad math of the second game is in the third because of a youtube video you watched on the second game. Have you done in-game testing at all, or looked at the game files? TheRealMictlantecuhtli (talk) 06:50, February 14, 2019 (UTC)

Glad you've asked. I've looked directly into the techtree.xml files, which confirmed that training time bonuses take form of reductions (for example, Fencing School reduces infantry TrainPoints (equates to train time) from the base 1.00 to 0.60 (equates to -40%). The SoTL video about the train rate did stress out that if one unit with a base training time of 10 seconds is trained 100% faster, for instance, that would make it train instantly (10 - 10 = 0), which is obviously not, and if the unit is trained 200% faster, that would make it trained in -10 seconds (20 - 10 = -10), which is obviously inapplicable. Therefore, 100% faster means that the unit would be trained in half the time (5 * 2 = 10), which means to calculate the speed based rates (... times faster/as fast), the correct formula is by dividing the base rate with the modified rate (e.g. 10 / 5 = 2, which means that the unit is trained twice as fast). Actually, if you're quite into math, this applies to everyday situations involving speed-based rates. One last thing, if the bonuses take form of increases (e.g. 1.00 to 1.20), then the statement where it is 20% faster is correct. Nikitazero (talk) 07:04, February 14, 2019 (UTC)

I don't think so. I've seen in multiple games with Native American civilizations where through Fertility Dance with more than 100% train rate increase, the unit is not trained instantly, but much faster. Nikitazero (talk) 07:21, February 14, 2019 (UTC)

You see it all the time in treaty games. Instant cuirassiers, lancers, etc with riding school, mass cav, and something like Cheyenne horse trading (why maps with them are so popular in treaty). Bakufu is even instant armies, except artillery (used to be a popular strategy). Maybe it is just the fire pit. You can also search it on youtube if you don't want to play a map with a minor civilization that has train speed reduction. You can also use a stopwatch, like I did with training galleons using advanced dock and the 5% train time reduction treasure. Which reminds me they train 30 seconds, not the 40 listed unless they got patched. TheRealMictlantecuhtli (talk) 12:48, February 14, 2019 (UTC)

You can definitely train units instantly in Age of Empires III. For example, use a Spanish player with the "TEAM Archaic Soldier Training" and "Fencing School" cards and the "Standing Army" upgrade - Crossbowmen and Pikemen will be trained instantly (quite useful, since the Spanish can have fully upgraded Pikemen).Narve (talk) 17:14, February 14, 2019 (UTC)

Hi, long time, no see. Its great to see you back again! Since you were one of the original Admin/Bureaucrat with more experience in this wiki than myself, I'd like to see you as a Moderator or higher in the near future.
SageCraft95 (talk) 02:16, June 30, 2019 (UTC)

The anti ship attack and ranged attack use different multipliers. The tag is called AbstractSiegeTrooper in the game files and SiegeUnit / SiegeTrooper in-game.  There is no mention of "Siege Infantry" at all. Siege units can be ships (like the galleon), infantry and cavalry units.

The wiki should use the real tags and inform people, not invent fake tags for your convenience. Besides, the Town center's ranged attack has no negative multiplier against siege units.  The penalty is on the anti-ship attack.IAmNotWorthYourTime (talk) 00:58, March 26, 2020 (UTC)

No i'm not. You can check the tags in game and in the game files, or even do your own tests if you're unsure how the tag system works.IAmNotWorthYourTime (talk) 01:36, March 26, 2020 (UTC)

The user can click on the link to see what Siege Unit means. I wrote a detailed explanation of how they work in

All the multipliers I added are correct, you can check on the screenshots I took.

Retrieved from "https://ageofempires.fandom.com/wiki/User_talk:TheRealMictlantecuhtli?oldid=266408"
Community content is available under CC-BY-SA unless otherwise noted.