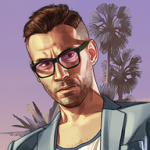 Hello Dunbanner, I have seen you currently are very active in this wiki. For a while during the months June to most of August 2017, You were suprisingly unactive during that duration. Might I curiously ask why? Were you on vacation or taking break? Balochistan (talk) 02:31, September 1, 2017 (UTC)

Hi, in fairness I've been relatively inactive for the past few years due to study commitments, so the past periods of inactivity can be chalked up to that and at times, general offline commitments. Regards, DunBanner talk page 07:30, September 5, 2017 (UTC)

Hello! I see you are currently making some changes to AoE III articles, just one question there: Why are you italicizing the captions? That's something we don't usually do, which is why I am confused. Our image guidelines also state otherwise. In general I think the captions in the infoboxes are redundant as they always show (or should, we have some work to do there) the described object's icon. MasterBroccoli (talk) 06:27, September 24, 2017 (UTC)

Thanks for bringing it to my attention. It's simply a mistake I've made while working to make the AoE III pages consistent. Especially since quite a few of them have had redundant captions from before, I'll remove them the captions. Regards, DunBanner talk page 06:33, September 24, 2017 (UTC)

Thanks for reverting the page to normal, Richard Kienrams vandalized the Vietnamese civilization page with crazy Vietnamese pronounciations of English. That act of trolling makes our people look bad.

Retrieved from "https://ageofempires.fandom.com/wiki/User_talk:DunBanner?oldid=193869"
Community content is available under CC-BY-SA unless otherwise noted.