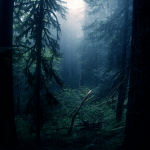 Do the images add anything? Edit

I'm glad you want to contribute to the wiki, but I'm not sure that the images you're adding to the scenarios add anything useful. I don't see the point, for example, of having the image of the units marching in the Siege of Paris article.Narve (talk) 05:11, June 15, 2015 (UTC)

Please don't go on sprees adding categories, like you did previously. That's a lot of edits for other editors to go through and correct.

For example, the category "Wildlife" contains the subcategories "Herdables" and "Huntables", which means that every page in those categories don't need the "Wildlife" category. That's a big mess to sort out now, which wouldn't have happened if you'd shown a bit of patience.

Also, a lot of the pages you marked as stubs aren't stubs, and many of the pages marked "NeedImage" either have an image, or don't need one. Disambigs, for example, aren't supposed to have images.Narve (talk) 14:31, October 19, 2015 (UTC)

And if you'd bothered to click on the "Stubs" category, you'd see that it's defined as "a short article that can be expanded with more information on a subject by any user." If it already contains all necessary information, it's not a stub. And even if you think it's insufficient, you ADD to it, don't just go on marking sprees. And if you don't know what the categories mean, don't add them at all.Narve (talk) 16:06, October 19, 2015 (UTC)

It won't be possible to create a policy page at this time, as I'd need some other input from other regular users, but I'd say you hit the nail on the head with your comment on the Big Andy page: "This could be expanded to match the other cheats." That is what a stub is - when it's missing important information found in similar pages. For a technology, the information could be which game it's from, what its effects are, and how much it costs. For unique technologies, who it's available for is also vital.

Units and buildings have roughly the same information - which game, basic stats (hit points, attack, etc), cost, and what it can train or research (for buildings). Which civs have it, for unique units and buildings. Maybe a short description (is it a hit-and-run unit? A slow, powerful one?). Though if a page is missing this information, it's usually better to just add it, rather than mark it.Narve (talk) 16:55, October 19, 2015 (UTC)

Hi! I noticed you added stub tags recently and overall some categories. A few things on that: A short article (such as A Hot Meal) does not necessarily have to be a stub, some articles are just effectively written and require not much information in order to be complete. To categorization in general.. Try to avoid redundancies category-wise (like you did on the Javelina page). You added the 'Wildlife' category, which is redundant, since all 'Huntables' are 'Wildlife'. Proper categorization still is a problem here and I would appreciate if you familiarized yourself with it a bit before starting to address that issue, as I am currently working on the categorization in general. MasterBroccoli (talk) 16:31, March 28, 2017 (UTC)

It should be expanded to included information on who wrote the sores, the campaigns they were played, etc. I'm not saying all short articles are stub (most aren't), but come clearly are. The soundtrack pages were clearly missing information that could easily be added. There is also no mention of anyone who created the sores, which is absolutely necessary for any soundtrack page. For example, Wikipedia does not discredit artists on there music pages. Not including that information is disrespectful to the creators, which are not credited in any of the AoEIII soundtrack articles.Best regards

Retrieved from "https://ageofempires.fandom.com/wiki/User_talk:AmazingAncientWorld?oldid=179866"
Community content is available under CC-BY-SA unless otherwise noted.