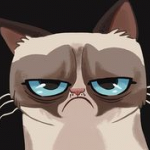 Almanac of Age of Empires 3

I used to play the game a lot back when I was a little child, lol. In recent months, I decided to play this game due to being bored of playing the same game...

Winning with half of the score as the enemy...
Add a photo to this gallery

Offering you some new civilizations!Edit

This is just for fun! I'm not sure if I can make a mod to this but it seems fun to do so!

You can see the Ottomans are artillery-based, the Sioux are cavalry-based and the Aztecs are infantry-based. Why don't we have animal-based? Yes!! Everything would just be wild animals fighting humans? Sounds fun, isn't it? We offer these buildings:

Villagers: Apes (If you watch that movie, get it?)

Retrieved from "https://ageofempires.fandom.com/wiki/User:Wildoneshelper?oldid=193431"
Community content is available under CC-BY-SA unless otherwise noted.