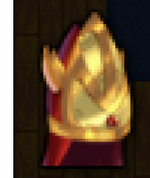 ~~Favourite~~ most useful building: House, it blocks the enemy while giving me pop, even if they take longer to finish than palisades.

Hey, did you know a farm costs 3 Mayan Archers or two houses?

Also if you're drushing, a villager takes 6 militia swings to kill.

Age Up costs including building req:

Archers: pretty good, but a bit boring and hard to eco out multiqueue on "production cycle memory" (ie, unit creation timing). Skirms: only good against mass pikes but they're not terrible Hand Cannoneers: they're really weird, practically siege units or super-scorpions.

Knights: pretty good but as expensive as the Archers. Consider stationing a monk (175w 100g) to help out here.

Can pick off Pikes at say 4:1 surround, but not 1:1 ratio fight them.
Scouts: speed is vital as fighting pikes suck even more than with Knights.
If you don't have Pikes you're probably stuck with camel and they're good at 1:2ing knights but not much else.

Pikemen: easy as heck to mass, but beware on Arabian maps as they can get wood heavy Swordsmen: pretty good but even more boring than archers

Essentially, Apart from villagers, trickle in Age 1. Then, Refrigeration etc if at all booming as this persists past exhausting the map.
For 1 rax you need approximately 20 villagers in support, be sure to build them as appropriate unless going for special instabuild strats; faster train isn't worth it. Likewise if you boom, then you want wood for double TC rather than 1.1x settler rate.
Don't undervalue Mercs and Native Treaties (gives instant shipment of troops). Also, use Adv. TP, the wood savings is incredible and the attack is like an outpost. The Advanced Trading Post card reduces its cost to 120 wood and gives it a short range attack that can hit units that are sieging it.
Land Grab might be worse than 1000 wood until it pays off once maxed/Industrial.

Retrieved from "https://ageofempires.fandom.com/wiki/User:Techhead7890?oldid=276031"
Community content is available under CC-BY-SA unless otherwise noted.