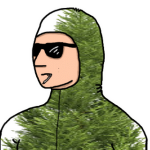 Hi!, I'm Morayus1, also known as XLightningStorm, and I'm a major fan of Age of Mythology, and the Age of Empires series as a whole.

From Brisbane, Queensland, Australia, I currently live in Ipswich, Queensland. I have played games since I was 2, the very first game I remember playing was Caesar III, and I got into Ancient History (especially Ancient Rome) when I was five, I started playing Age of Empires in 2006, and played it since, I also started playing Age of Mythology (The Demo) in 2007, which I loved ever since.

I'm the project lead for Age of Mythology's Expanded Mod, aswell as working on other mod projects for Doom, and Saints Row 2.

My whole purpose here is the fill in minor stuff, add Cut Content (also called Alpha, or Beta stuff), along with expanding Age of Mythology articles, due to their lackluster appearance compared to the Master Broccoli Reforms from 2015-2016.

While not editing the wiki, I am playing games on steam (user name is XLightningStormL, id is pineapples69) modifying games, browsing the internet, or other things.

If you have The Titans than check this out: Expanded Mod v1.3 Yes, I made it :)

Here are the lists of my fav. Age of things, Format borrowed from X~Cal95.

Retrieved from "https://ageofempires.fandom.com/wiki/User:Morayus1?oldid=275483"
Community content is available under CC-BY-SA unless otherwise noted.