Hi! my name is JuanPablo (John Paul in English), you can leave me a message here or subscribe to my Personal Profile.

I've been playing Age of Empires for over 10 years, in 2000 I started playing AoE 2, I fell in love with this game; then I bought AoE1 and its expansion in 2001, however I never like it that much. In 2002, I was excited about the new AoE 2 expansion so I bought it, even though I loved it, I was kinda disappointed because it didn't include other civs such as Italians, Portuguese or Incas (specially Incas since it was supposed to be New World-Discover/Conquer-Themed). In 2003, I bought AoM and I was also fascinated, I also got the Titans expansion in 2004. I bought AoE3 in 2007 plus both expansions. 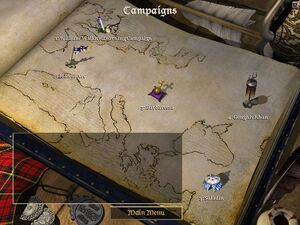 Retrieved from "https://ageofempires.fandom.com/wiki/User:JuanPaBJ16?oldid=277906"
Community content is available under CC-BY-SA unless otherwise noted.