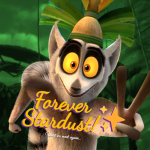 I am called Brendan, and I come from the prosperous lands of Malaysia. I had been playing Age of Empires II since I was a kid, and my favourite civilisations were Turks, Goths, and Teutons. When African Kingdoms was released, It became Berbers, Turks, and Goths, and later after the Rise of the Rajas came to existence, I preferred Malay (not only because I am a Malay myself but also because the gameplay style fits me well).

I also play Age of Empires III, and I began playing it around 2010 or so. My favourite civilisations had always been Ottomans and Portuguese, and my favourite units are Janissaries and Hussars.

I'm half excited, half not too excited for Age of Empires IV. I'm excited because I had been waiting for it and I would love to play an entirely new Age of Empires, but I am not too excited because I am not sure if I would really like it? Because I am afraid that it might go a bit too modern so to speak, and go close to the current era which I'm honestly not really a fan of (which is why I prefer AoE II rather than AoE III).

Aside from just playing Age of Empires, I do a lot of modding as well. Along with a few other Malay friends of mine, we had been working on a Malaccan Era retexturing mod. And on my own, I am working on modding Age of Empires III, where I had already made a new fully functioning civilisation (except that it cannot be played by computers), that in the near future shall have an expensive level 40 shipment that sort of changes the entire civilisation into a whole new thing, with new unique units and whatnot, and the old ones being disabled.

I am also involved in the development of the Age of Empires III: Struggle of Indonesia mod project, as a researcher and the video editor. I will be doing the research for the Johor and Malaya civilisations, as well as the natives in present-day Malaysia. I am also currently working on the intro video of the game for this mod.

None of my mods are planned to be published to the public yet, but who knows maybe one day I will.

You can find me on Tumblr at just4penguins.tumblr.com (Madagascar fandom blog), and DeviantArt at brendanboman.deviantart.com.

By the way, thanks for coming here. I hope you will have a wonderful day ^^

Retrieved from "https://ageofempires.fandom.com/wiki/User:Brendan_Boman?oldid=245720"
Community content is available under CC-BY-SA unless otherwise noted.