Age of Empires Series Wiki
Register
Don't have an account?
Sign In
Advertisement
in: Age of Mythology, Tale of the Dragon, Myth units,
and 3 more

15 feet
The Terracotta Warrior is a Classical Age myth unit in Age of Mythology: Tale of the Dragon. It is available to worshipers of Huang Di.

After death, the Terracotta Warrior refunds 10 wood and 1 favor (+/- 2 wood due to what appears to be rounding error). In addition, it expels lethal dust upon death dealing 15 pierce damage within 7 meters range, not unlike the Lampades, Carcinos, or Scarab.

Similar to Automatons, they are comparatively weak to other myth units but make up for it in low resource and population cost. Their death-based bonuses, combined with their ease of mass-production, make them an ideal pick for "disposable" troops. Their partial cost refund assists in their capability to be replaced and otherwise makes their loss more bearable than other units. Their death dust can be beneficial both for suicide raids and defensive actions, inflicting that extra bit of damage to whoever cuts them down. Even more powerful units can fall through personally killing too many Terracotta Warriors, particularly with the Stone Armor upgrade.

The Terracotta Warrior speaks like ordinary Chinese infantry, but with a distorted tone. 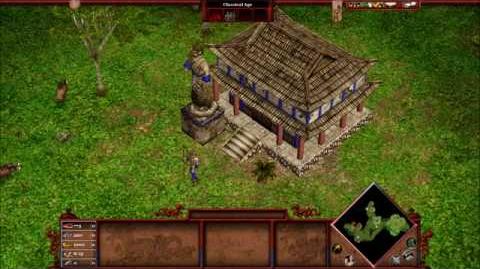 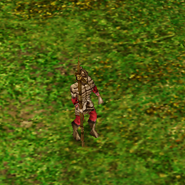 Wikipedia has an article about:
Terracotta Army
Community content is available under CC-BY-SA unless otherwise noted.
Advertisement