The Spy is a melee infantry unit in Age of Empires III: The WarChiefs that can be trained at the Church/Mosque. It is a fast stealthy unit that excels against mercenaries and heroes.

Spies are available to European civilizations except the Knights of St. John (Act I: Blood campaign).

The Spy moves very quickly, and has the stealth ability, although it can be seen at all time by the enemies Explorers, Town Centers, Forts, and some other units. When in stealth mode, spies move considerably slower than normal. They are also highly resistant to special abilities, taking much less damage than non-Spies do.

The Spy is very good at scouting the enemy without them knowing, giving advanced notice on what they are building and when they will attack. The Spy has a very low base damage, but huge multipliers against Explorers and Mercenaries. The Spy can easily change the tide of a battle by coming in stealthed, and unstealthing and taking out enemy Mercenaries (including Li'l Bombards). With all speed improvement upgrades (Inca), the German Spy is the melee infantry with the highest speed, 9.375.

The Spy is automatically upgraded in the Industrial Age and the Imperial Age.

"For as long as there have been presidents and kings, governments have enlisted the aid of individuals for espionage. During the turbulent seventeenth and eighteenth centuries, spies were used by various governments to uncover secrets and identify opportunities for attack. Spies were known to use a variety of tools and technologies, such as invisible ink and secret codes. The fledgling government of the United States of America found itself embroiled in multiple assaults by loyalist spies - including secret messages sent to agents of the crown by William Franklin, Benjamin Franklin's own son!"

Spies in stealth and attack mode 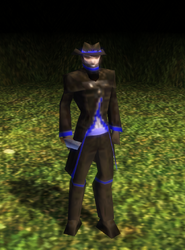 Spy model
Add a photo to this gallery
Retrieved from "https://ageofempires.fandom.com/wiki/Spy_(Age_of_Empires_III)?oldid=280121"
Community content is available under CC-BY-SA unless otherwise noted.