The Sowar is a melee heavy cavalry unit in Age of Empires III: The Asian Dynasties that is unique to the Indians and can be trained at Caravanserai and Galleon, as well as the Agra Fort wonder once it is upgraded to Delhi Gate. It brandishes a thin spear from atop a camel.

Sowar is especially good against Light Infantry (like archers and Skirmishers). Its speed is the Sowar’s greatest asset, it has a very high speed even when compared to other cavalry units, which enables it to both reinforce a battle and retreat from unfavorable engagements swiftly.

The Sowar does not perform well against heavy infantry and other cavalry due to the fact that it has a lower base damage than most cavalry units.

Although the Sowar starts out as a mediocre cavalry unit, it excels at killing Light Infantry once Home City cards are sent to upgrade them. One of the cards increases their attack bonus versus Light Infantry, and the others increase its base attack by a massive 45%. It does about 72.5 damage to Shock Infantry with all of these upgrades, making the Sowar potentially among the most cost-effective cavalry unit for countering Light Infantry in the Commerce Age. It is also very fast, making it easier to retreat or to catch other units.

Imperial Service (passive): The Mansabdar Sowar increases the hit points and attack of Sowars in a radius of 24 around him by 10%.

As (Mansabdar) Sowars are unique to the Indians, only technologies that they have access to are shown in the following table:

As (Mansabdar) Sowars are unique to the Indians, only their cards and other civilizations' TEAM cards are shown in the following tables: 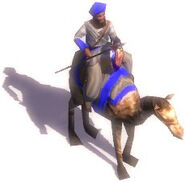 An in game Sowar 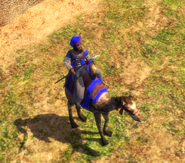 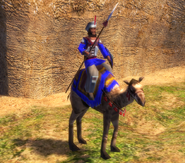 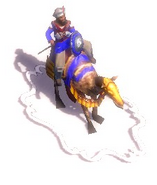