The Sohei is a melee heavy infantry native warrior in Age of Empires III: The Asian Dynasties that can be trained at a Trading Post built on a Zen Temple settlement.

Sohei units function in a similar manner to European Pikeman, but have a higher base attack than Swiss Pikemen mercenaries when fully upgraded. Sohei are excellent against all cavalry and light infantry in combat when close, however, ineffective against heavy infantry and artillery. They are best used to supplement a force of pikeman-esque units, defend archers or skirmishers against cavalry or to use their speed in raids against Villagers.

"The sohei were an order of Japanese warrior monks living between the tenth and sixteenth centuries, a period when several militant religious sects held sway over local lords, challenging even the samurai warrior class for dominance.

The Japanese word “Sohei” is roughly translated into English as monk (“so”) and warrior (“hei”). The sohei fought in large, extended, but not always officially ordained, brotherhoods that were geographically spread throughout smaller temples, all of which fell under the influence of a home temple’s monastic order. These central institutions, most notably those in Nara, and on Mount Hiei outside of Kyoto, held huge private armies of warrior monks. These armies often became embroiled in feudal clan rivalries, as many daimyo and samurai looked to ally with the sohei because of their technologically advanced weaponry and skills in battle. In addition, the sohei had a special form of spiritual weaponry, the kind only available to warriors of a religious order. They could intimidate their enemies by denouncing them at the Kasuga Shrine in Nara, which was considered a fate worse than death. They also used prayer beads to deliver curses on those who opposed them.

In battle, the sohei wore a form of light cuirass armor beneath a traditional kimono. They were known for fighting with the naginata blade, although they expertly wielded a variety of weapons, including the katana, the bow, and the arquebus." 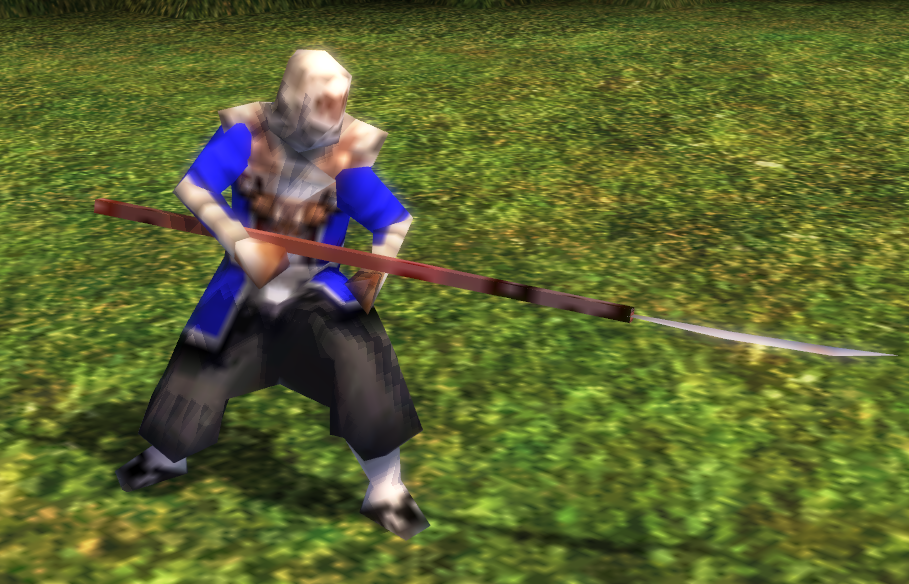 Sohei stats
Add a photo to this gallery
Retrieved from "https://ageofempires.fandom.com/wiki/Sohei?oldid=285123"
Community content is available under CC-BY-SA unless otherwise noted.