16 feet
The Shade is an undead unit in Age of Mythology. There are four types of Shade, but only the Hades Shades are normally available to the player. Whenever one of Hades' human soldiers dies, there is a 20% chance that it will rise again as a Hades Shade at the first Temple the player built. A player may have a maximum of 25 Hades Shades.

Hades Shades are not specialists and have neither the strengths nor the weaknesses of other units. They do not have any attack bonuses. On the other hand, their immunity to myth units' special attacks and the fact that no unit has a bonus against them counts in their favor.

Hades Shades may be weak, but, like Militia, they only cost one population slot and are strong in numbers. Of course, to amass such numbers, the player will have to have done a lot of fighting and lost a lot of units: on average a player will gain 20 Hades Shades for every 100 human soldiers they lose. This may happen naturally in a defensive situation, but it is generally unwise to deliberately seek out such a strategy.

In the Fall of the Trident campaign, friendly Shades are an important feature of the Strangers scenario and also appear in the Underworld section of the Good Advice scenario. These Shades have a different appearance; they don't have a sickle weapon, lack a lower body and are surrounded by a green fog. They have far more hit points than Hades Shades and are invisible to enemies. They can kill myth units and most human soldiers in a single attack, though they disappear after doing so.

Myth Units (50)
Shades of Olympus appear in the Mount Olympus scenario from The New Atlantis campaign. These hostile shades are identical to ones from Fall of the Trident, except they only instantly kill myth units and are visible to the enemy.

Hack (6)
On the Erebus random map, another type of Shade (confusingly also called a Hades Shade) appears as a neutral unit. These shades are the same as the standard Hades Shade except they do not gain Age Advance bonuses and have only 90 HP. 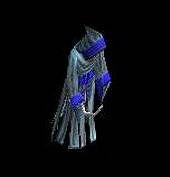 Shade with the ability to instantly kill myth units

The Hades Shade is not a legitimate unit, as the player will still be defeated if the only unit remaining is a Hades Shade.
Community content is available under CC-BY-SA unless otherwise noted.
Advertisement