Russo-Turkish Wars is a historical map released with Age of Empires III: Definitive Edition - Knights of the Mediterranean.

Players starts with a Command Post instead of a Town Center. It can train Military Wagons and features four special technologies:

Players also starts with a Dock Wagon, a Supply Depot, and some tents. The population is limited to 100. 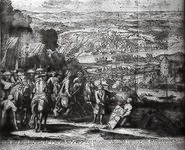 Capture of Azov by the troops of Peter the Great in 1696.

The destruction of the Ottoman fleet in Battle of Sinop in 1853.

Siege of Sebastopol in 1855.
Community content is available under CC-BY-SA unless otherwise noted.
Advertisement