6
Roger Bosso (1031 – 22 June 1101, Maltese: Il-Konti Ruġġieru) is a cavalry hero unit in Age of Empires II: Definitive Edition - Lords of the West. He was a Norman nobleman who became the first Count of Sicily from 1071 to 1101. As a hero, he cannot be converted and can regenerate health. Though his sprite is unique, he looks similar to a Knight.

He appears in the scenarios Guiscard Arrives and Roger in Sicily in the The Hautevilles campaign.

He was the brother of Robert Guiscard and the uncle of Bohemond. 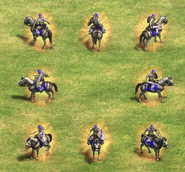 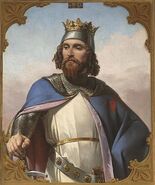