The Rodelero is a melee heavy infantry in Age of Empires III that is unique to the Spanish and can be trained at Barracks, Fort, and Galleon.

Rodeleros are also available to Knights of St. John in the Act I: Blood campaign.

The Rodelero is first available in the Colonial Age. It can also be sent from the Consulate building as the Japanese, once a level 40 Home City is attained and the Spanish are selected as an ally, the Aztecs are also able to obtain the Rodelero through the Home City in groups ranging from ten to forty.

Outfitted with a sword and buckler, Rodeleros are quite different compared to the typical heavy infantry. They move very quickly (similar to cavalry). This makes them a relatively cheap raiding/scouting unit in the very early stages of the game. Rodelero deal less damage against cavalry compared to Pikemen (even at Imperial level), however, Rodeleros can catch up to fleeing enemies due to their speed. They are also a decent melee unit against non-cavalry units as they possess a higher base damage compared to Pikemen. They are also more durable than Pikemen, with higher hitpoints and an exceptional melee resistance for non-mercenary units.

However, when destroying buildings, Rodeleros are not recommended, as they possess siege damage similar to that of ranged infantry, despite being a heavy infantry unit. Pikemen and Musketeers are far more efficient at razing buildings. Rodeleros should also be wary of ranged infantry and artillery, as they can be easily destroyed by them in battle.

Knights of St. John can further boost their Rodeleros' hit points by 20% through the Hand Infantry Hitpoints card (12 damage and 189 hit points with all upgrades except Corselet).

Through use of Academy cards from the Spanish Home City, Rodeleros' hit points and attack can be increased by 35% and 30% respectively. Unction will then boost their attack further 5-63% (39.93 damage and 324 hit points with all upgrades except Corselet).

As Rodeleros are unique to Spanish and Knights of St. John, only technologies that they have access to are shown in the following table:

As Rodeleros are unique to Spanish and Knights of St. John, only their cards and other civilizations' TEAM cards are shown on the following tables:

"Rodeleros were a Spanish infantry who used swords and round shields. This arms combination was often used against formations of pike and halberds. Agile swordsmen could better evade the deadly iron of densely packed pikes and could take formations apart from the inside. In 1506 Cortez arrived in the New World with over 1,300 soldiers, 1,000 of which were rodeleros. They were adaptable, versatile soldiers, capable in close quarters on the decks of ships as well as against the loose, guerilla tactics of non-European enemies.

Rodela is a Spanish word meaning shield; Rodeleros are "shield-bearers." Rodeleros were armed with one-handed swords and round shields approximately two feet in diameter. These rodela were most often made of steel, but were also made of iron-bound wood covered with hide."

An in game Veteran Rodelero.

An in game (Imperial) Espada Rodelero.

A close up of a Rodelero 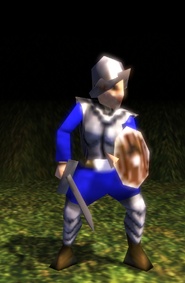 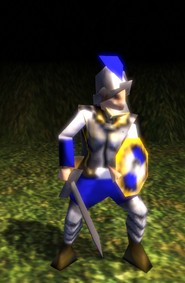 The Espadachim Rodelero model
Add a photo to this gallery
Retrieved from "https://ageofempires.fandom.com/wiki/Rodelero?oldid=242859"
Community content is available under CC-BY-SA unless otherwise noted.