The Renegado is an outlaw unit armed with a rifle. As an outlaw it costs little coin but many population slots (5; 3 with the Theaters or equivalent card). It has fewer hitpoints than a Skirmisher but faster attack.

Renegados are, also like most outlaw units, strongest in the Commerce Age and weaker as the game progresses. While it can reach a high output by the Imperial Age, its frailty and heavy population cost make it generally more efficient to field standard Skirmishers.

In the Definitive Edition, certain revolutionary nations have access to modified Renegados:

3.0
The Bandit Rifleman (Outlaw Rifleman before update 38254) is the Treasure Guardian variant of the Renegado. 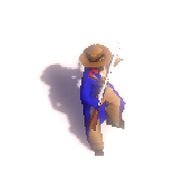 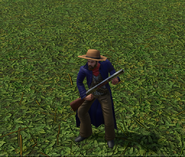 An in-game Renegado in the Definitive Edition 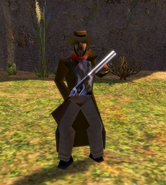