Reginleif is a hero Valkyrie in the Fall of the Trident campaign and the Close to Home scenario in Age of Mythology.

Her name means "Heritage of the Gods." Once a powerful member of the sisterhood of the Valkyrie, Reginleif served Odin by capturing the souls of warriors for his armies in Valhalla. Reginleif fell from grace from unknown events and seeks to redeem herself in Odin's eyes by delaying Ragnarok. 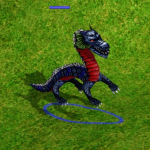 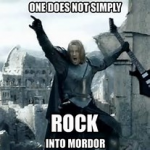