Age of Empires Series Wiki
Register
Don't have an account?
Sign In
Advertisement
in: Age of Empires II, Cavalry heroes, Dynasties of India

5
Rajendra Chola is a cavalry hero in Age of Empires II: Definitive Edition - Dynasties of India. He has a unique appearance. As a hero, he cannot be converted and can regenerate health.

The campaign Rajendra is about him and features him in all scenarios.

Rajendra Chola I (971 CE – 1044 CE) often described as Rajendra the Great, was a Chola Emperor who ruled between 1014 and 1044 CE. Rajendra succeeded his father Rajaraja I in 1014 CE. The extensive Chola empire under Rajendra I included most parts of present-day south India, with the river Krishna as the northern limit, Sri Lanka and the Laccadives and the Maldives. He carried out a successful military expedition to the River Ganges through Orissa and Bengal and brought Ganges water to his new capital down in the Kaveri Delta, Gangaikondacholapuram. Rajendra's ambitious campaign against the Srivijaya (the southern Malay peninsula and Sumatra) is dated to c. 1025 CE. A number of strategic places along the Straits of Malacca came under Chola control as a result of this campaign. Rajendra was succeeded by Rajadhiraja I (1044 - 1054).

The Cholas were by far the most important dynasty of South Asia at the time of Rajendra, although their activities mainly affected the South India and Southeast Asia. The Chola naval campaigns in the Arabian Sea and the Strait of Malacca were essential to the control over the Indian Ocean spice trade (from the Southeast Asia or southern China to the Arabia or eastern Africa). 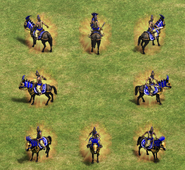 Many views of Rajendra Chola

Rajendra Chola (center) as seen in the expansion's official art