Age of Empires Series Wiki
Register
Don't have an account?
Sign In
Advertisement
in: Age of Empires II, Castle Age, The Conquerors,
and 2 more
English

The Petard is a siege unit in Age of Empires II: The Conquerors that can be trained at the Castle. Petards are faster than most siege units and explode upon impact with their target, capable of dealing a devastating amount of damage against walls, structures, and siege weapons.

Petards are most effective against buildings, other siege units, and, to a limited extent, Wonders. Although Petards do in fact deal blast damage as their primary means of attack suggests (that is they explode), they do so in a very small area - the same area that a Cataphract with Logistica or War Elephant does. Ranged units are a danger to them, especially Cavalry Archers.

A good use for Petards is neutralizing enemy key buildings or key siege units near the player's Castles. They are also an excellent choice for quickly breaching walls, taking only two to destroy a piece of Stone Wall. However, they are not cost effective in large numbers since they can only be used once. Petards are also a decent (albeit expensive) counter to siege units en masse.

When used (especially against Castles), it is important to line them in staggered formation. That way, they take less damage from the volleys of arrows since every volley only damages one Petard.

They are comparable to the Saboteur that is only available in campaigns, but the Petard is significantly weaker. It is much slower, has a much smaller blast area and deals much less damage to enemy units. There is also a 'Petard of the Seas': the Demolition Ship, which is more expensive, but has much greater attack against units, much larger blast radius, and is significantly faster. In fact, the Demolition Ship is the second fastest unit in the game (only behind Trade Cogs with Caravan researched).

The following table shows the number of Petards required to destroy the listed buildings. The numbers are calculated with fully upgraded (i.e. Masonry, Architecture, and Hoardings is researched) buildings. 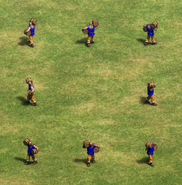 Many views of the unit in the Definitive Edition 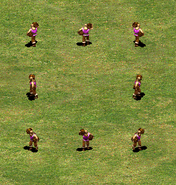 A group of Petards 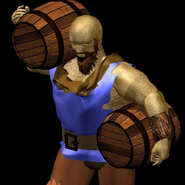 A render of the Petard model 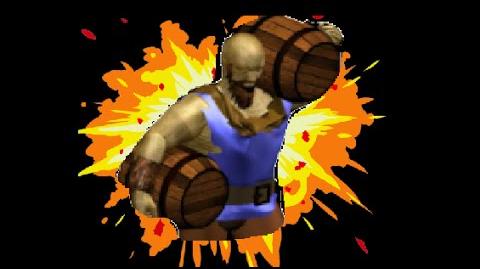