Age of Empires Series Wiki
Register
Don't have an account?
Sign In
Advertisement
in: Age of Mythology, Greek units, Characters

0
The Old Man is a minor character that appears briefly in the Fall of the Trident campaign in Age of Mythology. In the opening cinematic of the More Bandits scenario, he is initially frightened by the sudden arrival of Arkantos and Ajax in Ioklos, mistaking them for more bandits. After realizing his mistake, he reveals to the heroes that Ioklos was attacked after departure of the Greek troops and that Chiron has been captured. 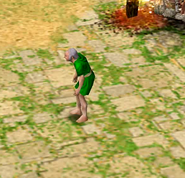 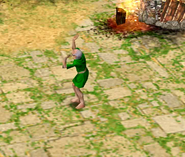