Wrath of the Deep

God of the Sea and Storms

"You have advanced to the Heroic Age at the Feet of Njord."
—Age up text in Age of Mythology

Njord is a Heroic Age Norse minor god in Age of Mythology. He is god of the seas, winds, and fire. He is available to worshipers of Loki and Odin.

Njord improves Jarls and the navy. He improves Jarl hitpoints, making them even more durable than before. This also helps them in standing up against more powerful Myth Units and can even take on some infantry units as well. He also improves Longboats by giving them more attack and making them less vulnerable to siege weapons and siege ships. As arrow ships form the basis for most navies worshipping Njord provides an edge in naval combat. His Myth Unit, the Kraken, provides even more an advantage as they are capable of instantly destroying ships in addition to throwing units that get to close to the water. His other Myth Unit, the Mountain Giant, can devastate both human soldiers and buildings.

One of the Vanir, or fertility gods, he chose to live in Asgard with the Aesir when the two factions made peace. Njord was a god of the sea. Those who worshiped him received safe passage at sea, as well as good fortune in owning land and having sons. He was perceived as a kindly old soul who calmed seas that were often raised up by the more tempestuous god, Aegir. Njord was known to particularly love the seacoast bays that were home to the seagulls, swans and other birds sacred to him. He was popular with fishermen and was thought to aid ships in distress. He was the source of summer rain showers. Skadi chose Njord as her husband because he had beautiful feet. 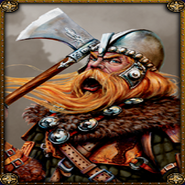 Beta Portrait of Njord ripped from the Multiplayer Alpha files.
Add a photo to this gallery

Wikipedia has an article about:
Njord
Retrieved from "https://ageofempires.fandom.com/wiki/Njord?oldid=212378"
Community content is available under CC-BY-SA unless otherwise noted.