The Monk is the type of hero units available to Asian civilizations in Age of Empires III: The Asian Dynasties, equivalent to the European Explorers and the Native American War Chiefs.

In contrast to Explorer Sharpshoot ability or the War Chief Nature Friendship ability, all Monks possess the Stun ability that disables a Treasure Guardian for a brief period. Each Monk has some unique passive traits, and can acquire additional abilities through Home City card shipments and Monastery upgrades. There are three different monks that correspond to each of the Asian civilizations:

In the Indian campaign, one Brahmin can be trained from the Town Center, but lacks the ability to build Trading Posts. Furthermore, if killed, it cannot be rescued and must be trained again. 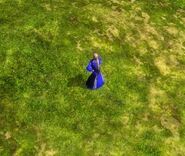 A Chinese Monk as they appear in-game 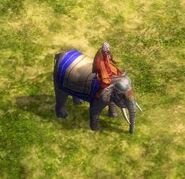 An Indian Monk as they appear in-game 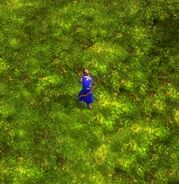 A Japanese Monk as they appear in-game
Add a photo to this gallery
Retrieved from "https://ageofempires.fandom.com/wiki/Monk_(Age_of_Empires_III)?oldid=168065"
Community content is available under CC-BY-SA unless otherwise noted.