Age of Empires Series Wiki
Register
Don't have an account?
Sign In
Advertisement
in: Article stubs, Maps, Age of Empires II,
and 2 more

On MegaRandom, players never know what kind of map they will get. They can start with various explorers like Skirmishers, Spearmen, or even Camels, or begin the game with Bombard Towers, sometimes they will start with more Villagers, other times they will get two Town Centers or even start without a Town Center; the possibilities are infinite. Often on MegaRandom, players can experience critical shortages of gold on the map, making Markets one of the most important buildings in the game; other times, gold and stone are so abundant that wood becomes a much more valuable resource. Most maps remain fairly open, often with large obstacles in the center of the map like forests or mountains. Sometimes rivers, lakes, or seas are also generated.

Since the map is unknown to the player beforehand, scouting is essential for this map. The information the player needs lies in scouting the map to find where resource depots are located and to devise strategies based upon the map's layout. Virtually any kind of strategy can work on MegaRandom. The key strategy lies with what civilization players receive and what the map is like. In some cases, the player may have to think outside the box in order to exploit any possible rare feature the map may have (like having almost all the stone in a specific place of the map, like the corners: this may be an exploitable map feature if the player find a way to secure a place like that).

Players may also have to learn how to make fast transitions between types of units in order to maintain a surprise factor against an opponent.

Civilizations that have advantages in MegaRandom:

Civilizations that may struggle in MegaRandom:

MegaRandom is a type of random map in Age of Empires IV.

A 4 player MegaRandom mini map in Age of Empires II 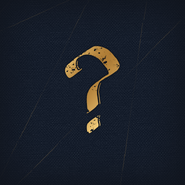