Maurice as an Ally[]

Maurice as an Enemy[] 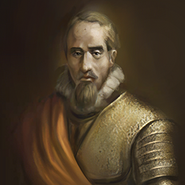 Wikipedia has an article about:
Maurice of Nassau
Community content is available under CC-BY-SA unless otherwise noted.
Advertisement