Mangudai are usually paired with Hussars and siege weapons, because they all benefit from the Mongols' civilization bonuses and unique technology Drill, respectively.

Comparison to the Cavalry Archer

Comparison to the Camel Archer

"The Mongols were united by Genghis Khan, who took them off on a campaign of conquest that reached from the Pacific to the Mediterranean to Central Europe. The Mongols were superb horsemen and each warrior kept a stable of ponies so that fresh mounts were always available. The strength of the Mongol armies was the horse archer firing a composite bow from the saddle. The best of these archers, called the mangudai, used great tactics to catch enemies at a disadvantage. They used feints and traps to wear out enemy cavalry and shoot it to pieces. Slower troops could be shot to pieces at range with little risk. Enemy armies were exhausted and shattered without ever coming to grips with the elusive mangudai. The main weakness of the Mongol army was that only great leaders could keep it together. When the great Khan or later leaders died, the army dissolved into factions bickering for primacy."
—Age of Empires II manual 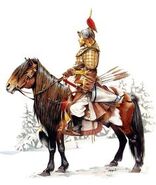 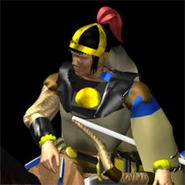 Retrieved from "https://ageofempires.fandom.com/wiki/Mangudai?oldid=280321"
Community content is available under CC-BY-SA unless otherwise noted.