The House is an economic building in Age of Empires III that provides ten population. Unlike in previous games, Houses have a build limit of twenty.

Houses are available to European (except the British and Swedes) civilizations, the Aztecs, Indians, United States, and Mexicans. The Africans, British, Chinese, Incas, Haudenosaunee, Japanese, and Swedes have their own counterparts to Houses (Huts, Manors, Villages, Kancha Houses, Longhouses, Shrines, and Torps, respectively). The Lakota do not build Houses, as they start with maximum population, but they have Teepees that increase the hit points of friendly units around it.

A German/Russian (Eastern) House in the Colonial and Fortress Ages 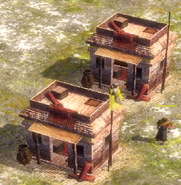 Indian Houses in the Colonial/Fortress Age 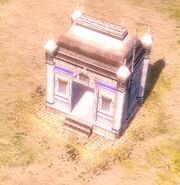 An Indian House in the Industrial/Imperial Age