Age of Empires Series Wiki
Register
Don't have an account?
Sign In
Advertisement
in: Heroes, Age of Mythology, Military units

Fall of the Trident[]

Fall of the Trident[]

Ornlu and the Regent are not present in the campaign. 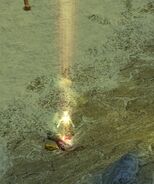 A glowing silhouette ascends from Achilles after being killed in battle.
Community content is available under CC-BY-SA unless otherwise noted.
Advertisement