Heavy artillery is a type of artillery that cannot be trained from the Artillery Foundry in Age of Empires III and its expansions.

These units are, like most other cannons, highly effective at fighting infantry or buildings. Most heavy artillery are produced in the Factory, but some are trained from the Saloon, Monastery, or Consulate. Others are available to special civilizations in the campaign and can be trained in the Artillery Foundry, while some are not trainable at all, like the Great Cannon. All heavy artillery have Area of Effect abilities.

When bought from the Foundry, Heavy Cannons and Great Bombards take around 85 seconds to produce and Rockets take 72 seconds. Those spawn times include the upgrade "Mass Production" in the Factory.

Moreover, the Chinese and Indians in the The Asian Dynasties expansion are also able the get some of the heavy artillery, in addition to Flying Crows. From the Consulate China can get a Factory Wagon from the Russians which produces Heavy Cannons, or from allying with Germans. Indians can train Great Bombard while allying with Ottomans. 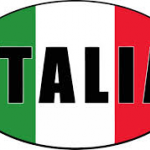