4
The Heavy Pikeman in an untrainable infantry unit in Age of Empires II HD: The Forgotten. It has exactly the same stats as the regular Pikeman, with the lone exception of the hit points, of which the Heavy Pikeman has 20 more. Heavy Pikemen appear in several campaign scenarios and are available in the Scenario Editor. 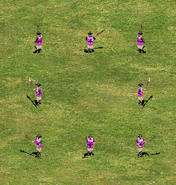 A group of Heavy Pikemen 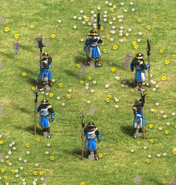 Retrieved from "https://ageofempires.fandom.com/wiki/Heavy_Pikeman?oldid=313222"
Community content is available under CC-BY-SA unless otherwise noted.