x0.3 vs. Cavalry and Shock infantry

The Grenadier is a ranged heavy infantry siege unit in Age of Empires III that can be trained at Artillery Foundry, Fort, and Galleon/Fluyt.

Grenadiers are available to the British, Dutch, John Black's Mercenaries (Act II: Ice campaign), Ottomans, Russians, and Swedes. In the Definitive Edition, however, other European civilizations can train Grenadiers once the "Grenade Launchers" Home City Card is sent.

Grenadiers are a light siege unit whose attacks are equivalent to weak cannonfire, though they are not considered true artillery for purposes of damage multipliers on units (e.g. Culverins). However, like their cousins they have an extraordinarily high ranged resistance that allows them to mitigate ranged attacks. As a general rule, Grenadiers are much more functional as a support and siege unit than fighting against other units. Their attacks are not particularly powerful, but the AoE provides certain opportunities in limited situations.

Grenadiers are effective at destroying buildings since they have fairly high hitpoints and a high siege attack. They are best compared to the Pikeman and their main advantage is their higher survivability. They have more health, ranged resistance, and do not need to be in close range to siege, which can leave the Pikemen vulnerable to being sniped. However, the Pikeman is cheaper, much faster and with careful player control can overcome those positioning issues. When comparing the Grenadier to cannons such as the Falconet, they are more durable, maneuverable, and easier to train (especially costing mostly food and being more coin efficient), but suffer from reduced range and much lower effectiveness against units. Grenadier shipment cards are also inferior to the "2 Falconets" card.

Like most Artillery, Grenadiers are very weak against melee cavalry, which can quickly rush them, are unaffected by their resistances, and have larger unit modules that are less likely to be affected by AoE. To boot, while in melee the Grenadiers' damage will be reduced because even though it has equivalent DPS to their ranged attack, it does not apply an AoE. They are generally easily dispatched by units with high melee attack and multipliers versus heavy infantry or infantry, such as anti-infantry cannons or Abus Guns (siege damage, multipliers against heavy infantry) due to their heavy infantry classification.

Grenadiers are of mixed effectiveness against infantry. While Grenadiers are powerful against massed infantry when in range, many counter-infantry units greatly outrange them (note that the multiplier against Light Infantry in the infobox refers to Aztec units, not to Ranged infantry). Abus Guns and Skirmishers have 18 and 20 range respectively, alongside heavy infantry multipliers which partially or completely negate the Grenadier's high ranged resist. As mentioned, the Abus in particular can also bypass the Grenadier's ranged resistance with siege damage. If the enemy is skilled they can stagger their troops and kite away. Grenadiers are also unable to kite due to their long throwing animation, so fast melee infantry which can focus them down would be the next threat, such as the Rodelero or Pikeman. Grenadiers would be best suited to fighting equally slow and short ranged infantry such as Musketeers and Halberdiers. They are capable against short ranged infantry, such as Mantlets, and can do quite well against Crossbowmen or groups of Strelets as their damage is more evenly matched compared to Skirmishers (Strelets having low base damage, and Crossbowmen having a lower damage multiplier). Increasing their area of effect attack of three to four with Incendiary Grenades at the Arsenal will be worthwhile in this role.

Economically, Grenadiers are individually expensive, but somewhat cheaper than two Musketeers. To pay off effectively it would require getting good AoE hits or siege damage. The Ottomans can use Grenadiers to balance their resources when training from the Artillery Foundry, although this leaves them incredibly weak to cavalry and the food is likely better spent on Janissaries.

Civilizations that lack Grenadiers of their own can sometimes hire the mercenary version at a Saloon or Monastery. The Chinese and Indians can hire four Grenadiers at the Consulate. The first two buildings provide the Arsonist, the latter by selecting the French Expeditionary Company.

By default, Grenadiers will use their ranged attack to attack enemy ships. Putting them in melee mode will make them use their siege attack instead, vastly improving their damage. 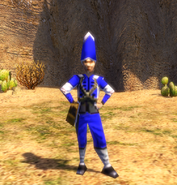 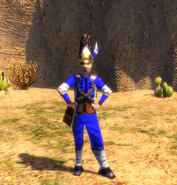 An illustration of a real-life Grenadier (Prussian)