12
Furious the Monkey Boy is a cheat unit in Age of Empires II: The Conquerors. Despite the name, the unit is not a monkey but an ape that moves by knuckle-walking, and bashes his targets with one hand. Furious can destroy buildings with just a few mere swipes of his hands, yet is of limited use as he can take only 9 hits before dying and is rather slow. Furious is also available in the Scenario Editor. 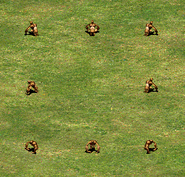 A group of Furious the Monkey Boys. 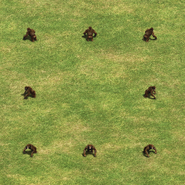 A group of Furious the Monkey Boys in the Definitive Edition

Sprite of the Monkey in the Definitive Edition.