Fishing Boats are economic ships in Age of Empires III that can be trained at the Dock. It is similar in function to their iterations in the previous games, but can gather coin from whales and transport units.

The Fishing Boat's base gathering rate are 0.67/s food from fishes and 0.5/s coin from whales.

Although lacking offensive or defensive capabilities (unless if an Asian player sends the Armed Fishermen Home City Card), Fishing Boats can be garrisoned inside the Dock and deal damage to enemy units within range (similar to Villagers in a Town Center). 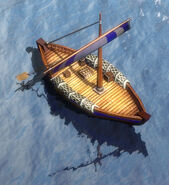 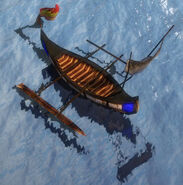 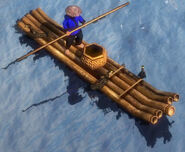 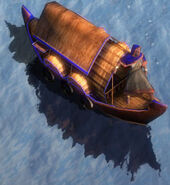 Fishing Boats whaling for coin in groups of four 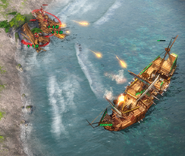 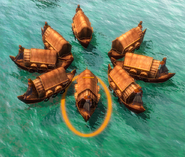 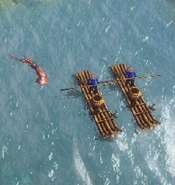 A Fishing Boat with three Janissaries
Community content is available under CC-BY-SA unless otherwise noted.
Advertisement