Age of Empires Series Wiki
Register
Don't have an account?
Sign In
Advertisement
in: Atlantean buildings, Archaic Age, Age of Mythology,
and 2 more

1200
The Economic Guild is an Archaic Age building in Age of Mythology: The Titans that is only available to the Atlanteans. Unlike other cultures, the Atlanteans do not need drop-off points for resource gathering. Hence they need a building where economic technologies can be researched – the Economic Guild.

This building has no further use when all its technologies have been researched. Note that the Atlanteans do not have any economic myth technologies to research.

Historically Guilds were associations of like crafts and services that united together to solve common problems and support one another. Problems with the system arose from the strict dependencies of one part of craft on another. Guilds developed rules that established roles of members and codes of behavior. Some kept members from poaching talented workers from one another, others were mandates to help fellow guild members with money or craft, still others set the prices at which members could sell their crafts or services.

Atlantean Guilds elected three overseers who sat on the Council, a body of government that was led by the Theocrat. The crafts of Atlantis were so valuable and so prized that these overseers wielded significant power over the politics of Atlantis. 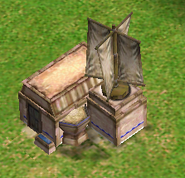 An Economic Guild in the Mythic Age 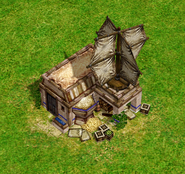