Age of Empires Series Wiki
Register
Don't have an account?
Sign In
Advertisement
in: Age of Empires II, Infantry, Scouts,
and 3 more
English

Upon its introduction in The Forgotten, the Eagle Scout was only available in the Castle Age. That was changed in The African Kingdoms to give the Native American civilizations a substitute for the Scout Cavalry in the Feudal Age.

The Eagle line replaces the cavalry for the Native American civilizations. Therefore, the Eagle Scout (Eagle Warrior in The Conquerors) is the starting scouting unit for them.

Because of the lack of counters in the Feudal Age, the Eagle Scout takes 60 seconds to train. Once the Castle Age is reached, the training time is decreased to 35 seconds. The Eagles Scout also receives a +3 base attack buff, as well as +2 attack bonus against cavalry and +1 attack bonus against camels and ships.

Eagle Scouts move quickly, have a long Line of Sight, conversion resistance, and an attack bonus against Monks. They also have an attack bonus against siege weapons and a small anti-cavalry bonus (in the Castle Age), however, almost every other infantry unit deals bonus damage against Eagle Scouts. Essentially, they help compensate for the Aztecs', Mayans', and Incas' lack of cavalry.

In the Feudal Age, the Eagle Scout is a very powerful military unit that excels at taking out enemy Villagers with the hit-and-run tactic. They are significantly slower than the Scout Cavalry, but it is much harder to counter them, since Spearmen are not such a threat against them and Archers do not deal a lot of damage. In order to perform an Eagle rush, however, the player will need much gold and at least two Barracks, which may be difficult to perform.

Since Native American civilizations have Eagle Scouts instead of a Scout Cavalry, exploring the map becomes different for those civilizations, as Eagle Scouts are slower, but have an extensive Line of Sight. In The Forgotten, Eagle Scouts can only be trained in the Castle and Imperial Ages, so it is important to be careful when scouting to avoid losing it. But that was changed in The African Kingdoms and the Eagle Scout is now available from the Feudal Age on. Also, as with all other infantry units, researching Tracking and Squires is important.

It is worth noting that the upgrade to the Eagle Warrior, while cheap, only offers little improvement (+5 HP, +1 pierce armor, and +0.05 speed). Therefore, it should be postponed in favor of training troops and researching technologies with wider use, such as Squires or Iron Casting.

The Eagle line, with the Eagle Scout on the left

A group of Eagle Scouts 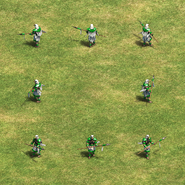 A group of Eagle Scouts in the Definitive Edition

The Eagle line in the Definitive Edition, with the Eagle Scout on the left 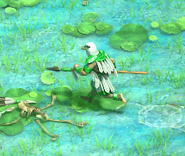 An Eagle Scout in the Definitive Edition 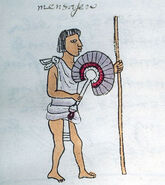