The Cossack functions as the Russian version of the Hussar. Although they are somewhat weaker than Hussars, they are cheaper, train faster and only occupy one slot of population. This means that they can be produced in large numbers compared to most other cavalry, which take up two slots of population, and are good as raiding cavalry. With the proper cards and upgrades, an almost colossal army of Cossacks can be used to overwhelm opponents. An effective method of using them is to raid enemy Settlers and as a counter to enemy hand cavalry, as they can defeat even some of the best heavy cavalry when fully upgraded, due to their massive numbers. Only a mass of heavy infantry or ranged cavalry such as bow riders or cavalry archers can stand up to them. They are also very efficient if used against Shock Infantry and artillery. 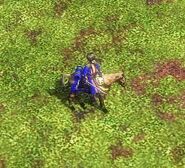 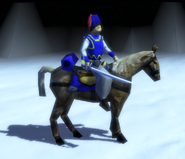 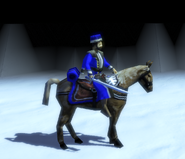 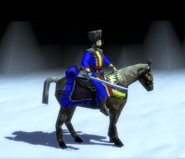