The playable civilizations in Age of Empires and its expansion, Rise of Rome, are based on major ancient civilizations during the classical period.

Each civilization in the game has its own technology tree, being prohibited certain units and technologies, and each of them also has their own bonuses which affect their military, economy, and overall gameplay.

The bonuses are meant to be exploited by the player and can be proved advantageous in certain strategies, such as Palmyrans being one of the best booming civilizations due to their Villager gather bonus, and Babylonians excelling in turtling due to the increased hit points of walls and towers and stone gathering bonus.

Listed below are all civilizations and their associated bonuses in Age of Empires and its expansion.

The Rise of Rome expansion, aside from adding various technologies, units, and various gameplay changes, introduced four new civilizations based on the Roman Empire and its neighbors and introduced Roman style architecture. 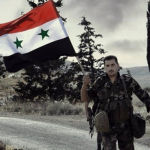