This article is about the unit in Age of Empires. For the unit class, see Cavalry.

The Cavalry is a heavy cavalry unit in Age of Empires. Available in the Bronze Age, it is the go-to unit for countering siege units and infantry.

The Cavalry is available to all civilizations except Egyptians and Sumerians.

Horses were domesticated around 4000 BC for use as work animals. They first appeared in the Middle East around 2000 BC but were kept only as expensive pets. Gradually they were found useful in the civilized world as draft animals, but were rarely ridden. The concept of cavalry was introduced to the Assyrians from the plains of Russia during the dark age that followed the catastrophe of 1200 BC. The Assyrians added cavalry to their armies in order to fight the barbarians on the plains to their north. Israelite king Solomon was renowned for his large cavalry force. It eventually became clear that cavalry was more efficient than chariots. Two men, each on his own horse, were more useful than two men in a chariot that could be disabled with increasing ease. Cavalry was cheaper to maintain than chariotry and could enter more difficult terrain, but was no less fast and intimidating to infantry. 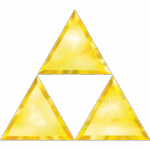 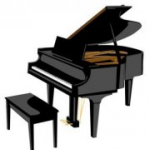