In Age of Empires, the Catapult is slow lumbering device used to eliminate buildings and defenses. Its attack features medium Area of Effect damage, regardless of whether the unit is a friend or foe.

The direct upgrade of the Stone Thrower, they are fairly expensive and more effective, but less so than the Heavy Catapult. They also have a minimum range of 2. Catapults deal 28 bonus damage against buildings (40) after accounting for building armor but only 10 bonus damage against towers (22).

To upgrade the Catapult to the Heavy Catapult, Siegecraft must be researched beforehand. 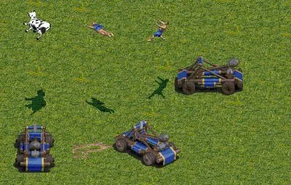 Catapults after the use of the 'Jack be nimble' cheat

Catapult (above) and Stone Thrower (below) range compared. Both are firing at their maximum range. 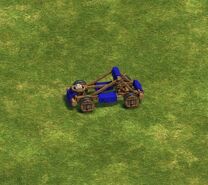 A Catapult in the Definitive Edition
Add a photo to this gallery
Retrieved from "https://ageofempires.fandom.com/wiki/Catapult_(Age_of_Empires)?oldid=243066"
Community content is available under CC-BY-SA unless otherwise noted.