Spawns a giant man-eating plant
Carnivora is an Atlantean Classical Age god power in Age of Mythology: The Titans that is available to worshipers of Oceanus. When cast, it summons a Carnivora plant.

Carnivora can be used three times in a game.

The god power, as most of the Atlantean god powers, can be used several times (3 times). When invoked, a giant Carnivora plant will emerge from the Earth. Carnivorae have a special attack, that allows it to automatically devour any human unit (including a War Elephant) that passes near it. Heroes and myth units are immune to this, making them a good way to get rid of the plant without any losses. Also, Carnivorae cannot move so ranged units have an advantage over it. As such they are not effective in sealing off an area from attacks. Instead, they are best cast in the middle of a battle to help thin out enemy forces. Carnivorae cannot be healed except by a Healing Spring, the Restoration god power, or Hekate's Mythic Rejuvenation technology.

15
The Carnivora (Water) is an immobile naval myth unit with the ability to sink ships instantly.

If cast on water, an aquatic version of the Carnivora will be summoned. Its special attack enables it to or sink a ship using tentacles that expand greatly in size. Although slightly bulkier than their terrestrial counterparts, naval Carnivorae are more difficult to use as most ships, with the exception of the Greek, Egyptian and Norse ramming ships, have a ranged attack and can easily avoid it. It is best to cast it directly in the middle of a major naval battle to catch enemy ships by surprise. It can also be used to disrupt fishing ships but the plant will require immediate backup as the enemy will quickly send its navy to take it out. 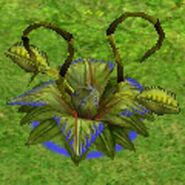 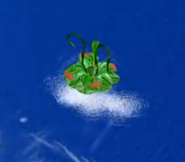 A Carnivora without its base

A naval Carnivora sinking a Trireme
Community content is available under CC-BY-SA unless otherwise noted.
Advertisement