The Camel Rider (called Camel before the Definitive Edition) is a cavalry unit in Age of Empires II that can be trained at the Stable once the Castle Age is reached. It is good against cavalry. Every civilization that has access to Camel Riders (except for the Cumans) can upgrade them to Heavy Camel Riders. The Camel Rider is considered a regional unit.

The Camel Rider has an attack of 15 against cavalry (before armor), which is notably high for a Castle Age unit. Cavalry can more easily escape from Pikemen than they can from Camel Riders because of their speed, meaning that whilst Pikemen can often just scare cavalry away, Camel Riders can pursue them and finish them off. Using Camel Riders against civilizations that revolve around cavalry units, such as Berbers, Franks, Mongols, Persians, and Saracens often lands great results. Upgrading to Heavy Camel Rider in the Imperial Age helps them keep pace.

Camel Riders are best used only against melee cavalry or to ambush groups of Cavalry Archers. Although Spearmen and Skirmishers can deal heavy damage to Cavalry Archers, only Camel Riders can force a fight with them. Due to to Camel Riders' weak armor and base attack, they are at a disadvantage against infantry and archers. They also lose their bonus against the resilient Cataphract, which has a special defense against anti-cavalry attack bonuses.

It should be noted that although Pikemen cost-effectively defeat melee cavalry, Camel Riders can successfully duel most melee cavalry, winning a battle of equal numbers. Camel Riders tend to fare better than Pikemen against cavalry by landing more attacks due to superior attack speed and hit points. However, if gold is scarce, Pikemen should be used instead.

Comparison in the Castle Age with all possible upgrades[] 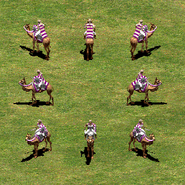 A group of Camel Riders 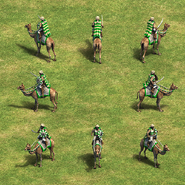 A group of Camel Riders in the Definitive Edition 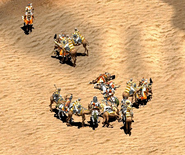 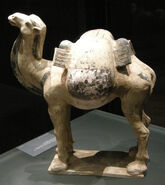 A ceramic figure of a pack-camel (Sui dynasty, China)

A dromedary from a 13th c. northern French bestiary

Camel Riders in The Age of Kings.
Español
Community content is available under CC-BY-SA unless otherwise noted.
Advertisement