Age of Empires Series Wiki
Register
Don't have an account?
Sign In
Advertisement
in: Article stubs, Age of Empires II, Maps,
and 2 more

Islands of grass in a sea of trees. Follow the paths through the forest to find your allies and enemies.

Black Forest is very closed off due to the high volume of trees on the map. Often, pathways cut directly through the middle of the map into another player's camp.

Start-up is standard, with normal amounts of herdables, Berry Bushes, 2 Wild Boars near, normal Deer, normal amount of gold and stone. However, unlike many other maps, sometimes small lakes with shore fishes appear near the starting locations, and several groups of three additional Wild Boars will appear randomly around the map. Sometimes, additional Berry Bushes can be found in larger maps. There are several open spaces within the dense woods that may contain Gold or Stone Mines, groups of three Wild Boars, Bushes, lone wild predators, lone Relics or nothing.

Wild predators are often a bit more numerous than in other maps and the number of Relics is standard.

As of Patch 1.0b, Black Forest cannot be picked in Full Random, Blind Random or Land Random.

It has the in-game map tags of "Land" and "Closed".

As the open spaces are more constrained than in most other maps and wild predators are a bit more common than in most maps, an early strategy players may employ is to lure some of them with a Villager to the narrow points dividing teams in order to make it more difficult for an opponent to wall.

A turtle strategy works very well, due to the high amount of resources and the constrained open spaces. It is recommended that players trade wood for other needed resources at the Market. Black Forest is an easy map to wall; therefore, players should take advantage of this and wall early. It is wise to assume control of these passages to prevent other players from destroying the player's base. The nature of this map and the fact that most players try to wall up early this often leads the early game into a "walling war". Booming after the early walling is the most common tactic used by most players.

A peculiar strategy that requires a high level of skill and luck on this map is called the "ninja Villagers" which involves infiltrating a pair of villagers early on the opponent's side of the map, keep them safe from the enemies and wild predators, then make military buildings inside the enemy base and perform an early rush which the opponent may not expect from their side of the map. To properly perform this strategy, researching Loom is required for making the villagers less vulnerable to enemy attacks and animals, and gathering a reasonable amount of wood, gold and food for making military buildings and then spam units. Magyars, Mayans, Berbers, Incas, Spanish and Chinese are probably the best equipped civilizations for performing this (Spanish builders work faster, so they can make quick palisades to defend the infiltrated Villagers; Magyars Villagers kill Wolves with one strike; Berber Villagers move faster; Inca Villagers benefit from Blacksmith upgrades; and Mayans and Chinese start with additional Villagers).

Typical rushing tactics don't work as well as in open maps; however, an aggressive player has ways to pressure their opponent in Black Forest by attacking the walls with infantry in the Feudal and Dark Ages, and then follow up those attacks with siege units or units with attack bonus against buildings in the Castle and Imperial Ages. Because there is so much wood on the map, players that manage to infiltrate the opposite side or that have breached the wall, should target the gold piles of the enemies to cripple them. Once the player gets access to Onagers, Trebuchets and (for the Khmer) Ballista Elephants (however, in any case, the Onagers and Siege Onagers are the most effective siege weapons in cutting trees), they must use them to cut pathways through the forest for sneak attacks.

If playing on a team, two players should springboard while the third and fourth should rush or make a heavy turtle.

Civilizations that have advantages in Black Forest:

Among all the civilizations listed above, the Celts are probably the most favored civilization on this map, as they not only have great Siege Onagers, but also cut trees faster than any other civilization in the game.

Civilizations that may struggle in Black Forest:

Black Forest is a random map in Age of Empires III: Definitive Edition - Knights of the Mediterranean.

Black Forest is a type of random map in Age of Empires IV. 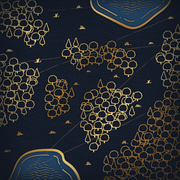