Arcane: League of Legends - The Loop

Bellerophon is the Mythic Age hero for Zeus in Age of Mythology.

Bellerophon is the hardest-hitting Greek hero, doing the most damage with his regular attack and with his special leap attack doing a whopping 60 damage, which combined with his multiplier allows him to kill many Myth units in one hit. His attack bonus against Myth Units is slightly lower that other Greek Heroes but will still destroy them with ease. His leap attack is also useful for going behind the enemy frontline to tear apart archers and especially long-range siege weapons. Like other Greek heroes, he is well rounded with no real weaknesses.

Wikipedia has an article about:
Bellerophon 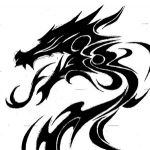