The Ballista Tower is the upgrade of Guard Tower, that is researched from the Granary once Ballistics is upgraded. Unlike its preceding towers, the Ballista Tower fires missiles similar to that of the Ballista, Helepolis, and Trireme and has a considerably lower rate of fire. However, it has a much higher attack and deals more damage per minute. The upgrade also allows the tower to deal more damage to enemy buildings (4 HP as opposed to the regular 1/10th HP from the previous upgrades). Like all towers, Ballista Towers are more resistant against stone throwing siege weapons unlike other buildings, having 18 additional siege armor against them after accounting for building armor. Against Armored Elephants, Ballista Towers have 16 extra armor.

The Ballista Tower upgrade is very expensive and takes a while to research, but pays off as it increases the DPS of all the player's towers substantially. However, the tower can still be easily destroyed by siege weapons such as the Catapult or the Helepolis which out-range it and can attack it without retaliation.

To build, they cost 150 stone, like all their predecessors.

The Ballista Tower is a common building, and these civilizations can build them:

The tower discovered on the wall at the ancient site of Jericho served several purposes.  It extended the visual range of lookouts that would be watching for the approach of raiders and other visitors.  An early warning might have been the difference between a successful defense and the fall of the town.  The tower was a superior firing position for archery.  Bowmen shooting down had an advantage in range and penetration power of arrows versus enemies shooting up.  Enemies hiding at the bottom of the wall may have remained visible to archers in the tower.  The tower itself was an independent bastion that could serve as a defensive position of last resort if the wall was carried.  The Ballista Tower was the ultimate defensive fortification of the ancient era.  It could withstand a major attack and was equipped and designed to take a heavy toll on attackers.Age of Empires manual 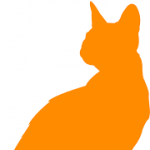 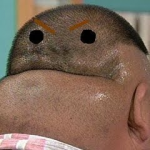