The Arsenal is a military building in Age of Empires III that is available upon reaching the Fortress Age, or the Commerce Age when the "Advanced Arsenal" Home City Card is sent. It provides technologies to improve the effectiveness of military units from the three major lines – infantry, cavalry, and artillery.

Whether players build one or a mix of unit lines, the bonuses provided in the Arsenal can give their armies an edge.

Note: Incendiary Grenades is only available to civilizations that can train Grenadiers (British, Dutch, Ottomans, Russians, and Swedes). 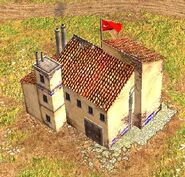 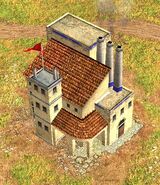